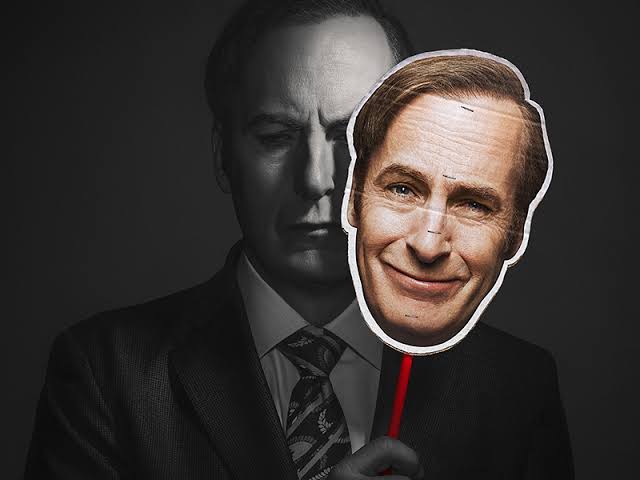 ‘Better Call Saul’ is set in 2002, six years before the turn of ‘Breaking Bad’ events that led McGill to become Walter White’s (played by Bryan Cranston) lawyer. It follows the striking transition of a flimflamming conman to a devious lawyer. The show has a tad bit more of a comedic feel than its rather grave and theatrical sequel. However, Gilligan corroborates that the drama is still present in copious proportions.

SEASON 5: WHAT TO EXPECT

Before the launch of season 4 of the series, ‘Better Call Saul’ had already been renewed for season 5 by AMC. The show has gained such a huge fan following and won multitudinous accolades that fans worldwide are waiting with bated breaths for the fifth season, which is expected to release in 2020. After all, it has definitely been a hot minute since the fourth season came out back on August 8th, 2018. Sarah Barnett, AMC’s President of Entertainment Networks, commented that the release of the fifth season had been pushed forward to 2020 due to “talent needs,” leaving fans unequivocally and sorely disappointed. 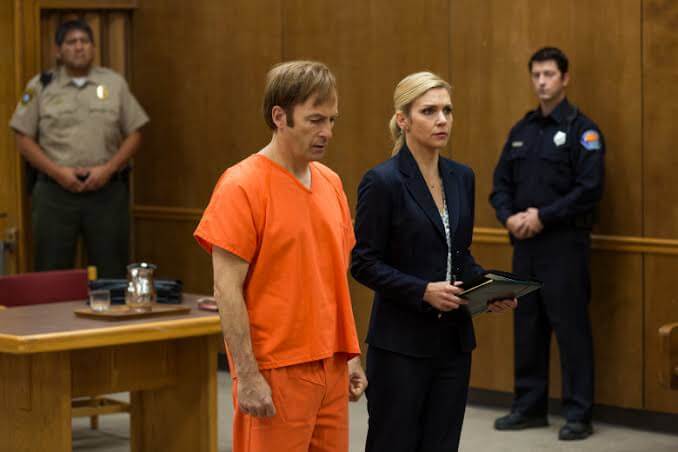 It is anticipated that season 5 will show Saul being the most Saul he’s ever been. He will be closer to his character as portrayed in ‘Breaking Bad’ in the latest season. However, Bob Odenkirk seems adamant about holding on to Jimmy a little longer until his girlfriend, Kim Wexler (played by Rhea Seehorn), exits from the scenario.

‘Better Call Saul’ currently has a total of 40 episodes in all four seasons, which are available on Netflix. The upcoming season of the series is said to have an unknown number of episodes as of now. Still, its creators have previously said that they aim for roughly the same number of episodes as ‘Breaking Bad,’ which is 62.

There are some palpable expectations from the fifth season credits to the crossover between the two series. Without a shadow of a doubt, Jimmy, Gus Fring (played by Giancarlo Esposito), and Mike Ehrmantraut (Jonathan Banks) would be present as they were alive and well, as seen in ‘Breaking Bad.’ There are also expectations of season five, including some characters from ‘Breaking Bad’ such as Huell Babineaux (played by Lavell Crawford), the cousins Marco and Leonel Salamanca (played by Luis and Daniel Moncada), Lydia Rodarte-Quayle (played by Laura Fraser), and Hector Salamanca (played by Mark Margolis). Another obvious character that’ll stay back with us for yet another season is Ignacio ‘Nacho’ Varga (played by Michael Mando), as Saul mentioned himing Bad.’

Vince Gilligan also hinted at ‘Breaking Bad,’ Walter White (played by Bryan Cranston), and Jesse Pinkman (played by Aaron Paul), creating a frenzy among fans. Whether it will actually transpire is something only time will tell.

THE STORY TILL NOW

The first season kicks off, and Saul Goodman is seen working at Cinnabon. He seems anxious and afraid that the police may catch him any minute. Jimmy McGill is just starting his journey as a struggling lawyer in Albuquerque, New Mexico, a couple of years before he meets Walter White. He is working as a defendant for small-time delinquents and a representative for people in civil liability claims.

His older brother, Charles ‘Chuck’ McGill (played by Michael McKean), is a senior partner at an illustrious law firm in Albuquerque. However, Chuck hasn’t left his house for the past several months due to some peculiar malady. Like any loving younger brother, Jimmy brings over groceries and supports Chuck. The story probes into Jimmy’s immoral, pre-lawyer past when he was a hoaxer in Chicago. The first season consists of 10 episodes of approximately 47 minutes each.

Each episode of the first four seasons shows Jimmy transforming and inching more and more towards the much-loved character of Saul Goodman, as seen in ‘Breaking Bad.’ The teaser of season two is a flashback, and Jimmy, now Gene, is at Cinnabon again. He gets locked up in a dumpster at the mall. He avoids the emergency exit in fear of getting caught by the police. He is freed by a member of the cleaning staff hours later. While awaiting his rescue, Gene carves “SG was here” into a wall with a loose screw.

Season two of the series opens with Jimmy rebuffing the job offered to him by Davis and May as he decides to forgo the practice of law. His girlfriend Kim tries to make him change his mind. Jimmy ends up accepting the job offer; however, he doesn’t change his unscrupulous ways of practicing law. This imperils his relationship with Kim as well as Chuck. The second season premiered on 15th February 2016 and had 10 episodes which were approximately 45 minutes each. For the teaser of season three, Gene is seen working at Cinnabon yet again.

Season three of the series starts from the cliff-hanger where season two left off. On breaking into and confronting his older brother Chuck about the tape, Jimmy finds himself in a setup wherein a private investigator is involved. Relations between Jimmy and Chuck have tensed up, and Chuck has a potentially implicating confession tape of Jimmy. However, he can save himself by putting Chuck’s competency to the test. This season is seen as one of the best seasons of the series, with Jimmy edging ever so close to Saul.

The series returned for its third season on 10th April 2017 and had 10 episodes of an approximate length of 49 minutes each. The fourth season of the series shows Jimmy waking up in Kim’s apartment scrounging the newspaper for job opportunities as he’s been suspended from practicing law for a year. The death of his brother, Chuck, acts as a stimulant to his transformation into Saul. In the wake of his loss, Jimmy puts his career as a lawyer and his future with Kim on the line.

The season ends with Jimmy making his transformation into Saul Goodman official. He is now through and through a new person. The fourth season was released on 6th August 2018 consisted of 10 episodes, each running for approximately 50 minutes.

With a banger of a finale, ‘Better Call Saul’ is finally ready to release another gripping and enthralling season next year. Fans all over the world are hoping and praying for a longer run. Hopes to see the famous duo from ‘Breaking Bad’ are soaring quite high. Are we finally going to see the immoral lawyer of Walter White in all his glory? Well, renew your Netflix subscriptions, for we’ll find out pretty soon! 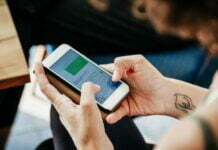 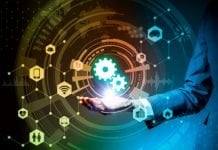 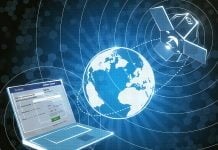