If virtual technology continues to progress at its current pace, the majority of citizens will soon view sitting in front of an LCD television and watching Blue Ray DVDs as being akin to using a typewriter. This is true in domestic and commercial markets, with remote technology trends becoming increasingly influential in terms of how we work and play.

In truth, this should not come as a surprise. After all, Facebook’s purchase of Oculus for $2 billion triggered a surge of activity in the virtual reality space, with brands such as Microsoft and Sony releasing advanced headsets for the consumer market. With new products and trends emerging at a startling rate, the nature of entertainment and the workplace is set to evolve considerably over the next 12 months.

The impact of virtual technology in the workplace is particularly fascinating, especially in terms of cost-effective business management techniques. With this in mind, here are three trends that will influence the business market in 2016: –

Contents Summary show
Augmented Reality will become a Workplace and Exhibition Staple
RELATED ARTICLES :
Businesses will embrace the benefits of the Virtual Office
The Number of virtual Applications will increase further.

Augmented Reality will become a Workplace and Exhibition Staple

We have already touched on the concept of augmented reality, which is generally discussed as something that benefits domestic consumers. However, it will also become an increasingly important staple of the commercial world in 2016, particularly product visualization and exhibition appearances.

For example, brands will be increasingly keen to use augmented reality software to develop and visualize their product concepts in a realistic setting. At the same time, innovations such as Microsoft’s HoloLens will also enable firms to drive higher levels of engagement and interaction at trade shows. My general.

Businesses will embrace the benefits of the Virtual Office

While the idea of the virtual office is nothing new, some firms have been slow to embrace the benefits of this. However, this will change in the next 12 months as a growing number of business owners are looking to establish virtual office space in desirable, professional locations. This not only allows them to create a fully functional and centrally located office space that reduces overheads, but it also enables certain firms to create a presence within a region that is synonymous with their sector.

The Number of virtual Applications will increase further.

The primary benefit of the mobile app sector is that it continues to change to suit prevailing market trends, which means that 2016 will see a rising number of applications released with virtual technology capabilities. Innovations such as Virtual Environments and OpenScape UC provide relevant examples, as they can be used to share on-demand webcasts with remote colleagues and access advanced collaboration tools, respectively. As the number of apps and functions increases, firms can look to develop more advanced virtual offices while also reducing costs. 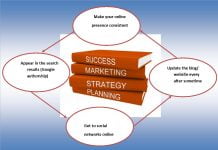 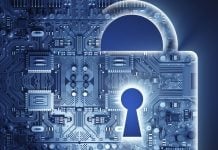