With the much-awaited Google I/O already done, many Android fans and developers are waiting to lay their hands on the next major upgrade – the latest Android M. However, as announced in the past, the developer preview is only available for the Nexus series, namely 5, 6, 9 and also the Nexus Player. That does not, in any way whatsoever, imply that these are the only phones eligible for receiving the upgrade. Nevertheless, the owners of the above-mentioned phones will be smiling since they are the first ones to be able to try this on their devices. The final version of the latest Android M is set to be released in the second-last quarter of this year, i.e., 2015. Android phones have long suffered from, if I may, a drawback – battery power. This can be attributed to several reasons. With the increased dependency on cell phones, we tend to engage with them for longer than ever. Additionally, high-speed web surfing, camera usage, network detection, apps running in the background are only a few reasons why batteries and charging are so frequently discussed among mobile phone users.

This has certainly been taken into consideration, not only by cell phone manufacturers who are coming with more powerful batteries but also by Google. In their latest Android M, the Android development team has a new feature for your cell phone’s enhancement, and it is called Doze. The search giant bets that this feature will make Android smartphones smarter by managing their power consumption. Let’s dive a bit into it and see how it is expected to make all the difference.

Although Android L was also expected to make a significant difference in the power management category, little was really seen. However, the latest Android M does show some improvement. For those unaware users, Doze is a power mode that activates itself when an Android phone is plugged into a charging socket and left unattended. The Doze mode, when left undisturbed, also powers down the device to the sleep state. The latest Android M is smart enough to realize that this may affect the normal operation for the device, and hence even when in the Doze mode, it allows applications to sync and perform awaited operations. Nevertheless, this also implies that not all apps can run freely as they would when the device is in inactive mode. Restrictions to some apps apply, especially to ones with higher RAM and network usage. Practical testing has also been done using a Nexus 5 running on Android M. A German website dealing in cell phone statistics had a Nexus 5 upgraded with the latest Android M and running for 48 hours. The results, when compared to another device running Android L, were significantly better. During the testing period of 48 hours, the latter was found to have drained about 24% of its battery power. This was in opposition to the latest Android M, which had spent only 9% during the trial run. Needless to say, this is one thing that most Android fans will love and one more reason to wait for the major unreleased upgrade! 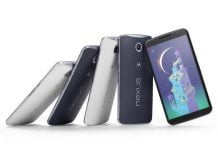 Google Nexus 6 Review – Can it Live Up to the Media hype? 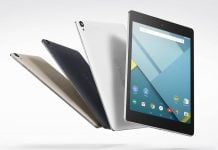 Typically the Google Nexus 9, The Very first Tablet With Android Lollipop your 5.0 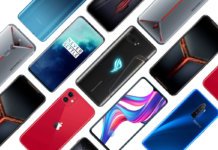